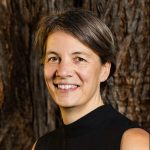 Michelle Simmons is a Scientia Professor of Physics at UNSW, Director of the ARC Centre of Excellence for Quantum Computation and Communication Technology (CQC2T), founding Director of Silicon Quantum Computing and Editor-in-Chief, Nature Quantum Information. She obtained a double degree in physics and chemistry and received her PhD in Physics from Durham University, UK in 1992, then moved to Cavendish Laboratory in Cambridge, UK as a Research Fellow. In 1999 she moved to UNSW where she was a founding member of the Centre of Excellence for Quantum Computer Technology. She has been awarded two Federation Fellowships, is an ARC Laureate Fellow, a Fellow of the American Academy of Arts and Science, the American Association of the Advancement of Science, the UK Institute of Physics, the Australian Academy of Technology and Engineering and the Australian Academy of Science. She was awarded the Pawsey Medal (2005), the Lyle Medal (2017) and named 2017 L’ORÉAL-UNESCO Asia-Pacific Laureate in the Physical Sciences. Michelle has won several prizes including the Eureka Prize for Leadership in Science, US Foresight Institute Feynman Prize in Experimental Nanotechnology, and the Wilson and Stibitz Award from the American Computer Museum. In 2018 she was named Australian of the Year and became a Fellow of the Royal Society in London. Michelle currently leads a large research group at CQC2T dedicated to the fabrication of atomic-scale devices in silicon. 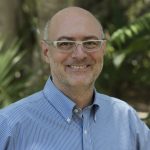 Sven Rogge is a Scientia Professor, the Head of the School of Physics at UNSW and Program Manager at the ARC Centre of Excellence for Quantum Computation and Communication Technology. He received his PhD in Physics from Stanford University (USA) in 1997. Thereafter he moved to the Delft University of Technology in the Netherlands and become a faculty member in 2003. During his time in Delft he was awarded a fellowship from the Royal Netherlands Academy of Arts and Sciences (KNAW) in 2000. In 2010 was awarded an Australian Research Council (ARC) Future Fellowship and moved to the University of New South Wales (UNSW, Australia) in 2011 where he was named Scientia Professor in 2014. He is a fellow of the American Physical Society, the Australian Institute of Physics, and the Royal Society of New South Wales. His research focuses on the understanding of qubits in silicon and their coupling to the environment. 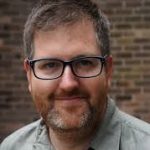 Dane McCamey is a Chief Investigator in the ARC Centre of Excellence in Exciton Science and Associate Dean International and Engagement in the Faculty of Science at UNSW Sydney. Dane received his PhD from UNSW in 2007, and subsequently held research roles at the University of Utah and the University of Sydney. In 2013, Dane returned to UNSW and was awarded an Australian Research Council (ARC) Future Fellowship. He is currently an Associate Professor in the School of Physics.  Dane research uses electron spin resonance and related approaches to understand the role of spin in optoelectronic processes, particularly in organic materials and devices. Dane received the 2013 Young Investigator Award from the International EPR/ESR Society 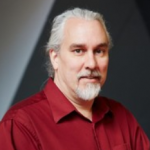 Professor Michael Fuhrer is an ARC Laureate Fellow in the School of Physics at Monash University. Michael directs the ARC Centre of Excellence for Future Low-Energy Electronics Technologies (FLEET) and co-directs the Monash Centre for Atomically Thin Materials. Prior to coming to Monash, Michael directed the Center for Nanophysics and Advanced Materials at the University of Maryland. Michael is a Fellow of the American Association for the Advancement of Science and the American Physical Society. Michael’s research explores novel two-dimensional materials such as graphene, the two-dimensional surface state of three-dimensional topological insulators (e.g. Bi2Se3), and other two dimensional semiconductors, metals, and superconductors. 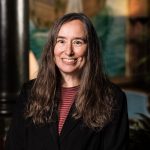 Dr. Susan Coppersmith is a Professor in the School of Physics of the University of New South Wales.  Before joining the UNSW faculty in January 2019, she was a Vilas Research Professor and the Robert E. Fassnacht Professor of Physics at the University of Wisconsin-Madison.  She is a theoretical physicist who has worked on a broad range of problems in the area of complex systems, and has made substantial contributions to the understanding of subjects including glasses, granular materials, the nonlinear dynamics of magnetic flux lattices in type-II superconductors.  Her current research focuses on the development of quantum computers using silicon technology.
Dr. Coppersmith has served as Chair of the UW-Madison physics department, as a member of the NORDITA advisory board, as a member of the Mathematical and Physical Science Advisory Committee of the National Science Foundation, as a member of the Condensed Matter and Materials Research Committee of the National Research Council (U.S.), and as a Trustee at the Aspen Center for Physics.  She has served as Chair of the Division of Condensed Matter Physics and of the Topical Group for Statistical and Nonlinear Physics of the American Physical Society, as Chair of the Section on Physics of the American Association for the Advancement of Science, as Chair of the Board of Trustees of the Gordon Research Conferences, and as Chair of the External Advisory Board of the Kavli Institute for Theoretical Physics at the University of California, Santa Barbara. Dr. Coppersmith is a fellow of the American Physical Society, the American Association for the Advancement of Science, and the American Academy of Arts and Sciences, and has been elected to membership in the National Academy of Sciences. 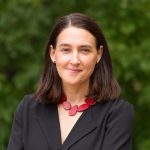 Jodie Bradby is a professor at the Research School of Physics and Engineering at the Australian National University. She leads a group that aims to create new semiconductor and carbon-based phases using high-pressure synthesis. Jodie has been elected as the president of the Australian Institute of Physics for 2019 and 2020. 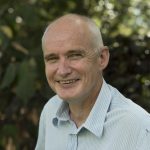 Associate Professor McCallum is a Senior Lecturer in The School of Physics at The University of Melbourne. He has over twenty years experience in ion beam processing of semiconductors and ceramics and ion beam analysis of materials. His Ph.D, conferred in 1989, was concerned with microbeam analysis of semiconductor structures. At that time, Dr McCallum introduced the imaging technique of channeling contrast microscopy, which is now widely used in microbeam facilities for analysis of crystalline regions in a variety of materials. Dr. McCallum has held a postdoctoral appointment at Oak Ridge National Laboratory from 1988−89 where he worked on ion implantation and annealing behaviour of sapphire and other ceramics and was the first to demonstrate application of time resolved reflectivity to measurement of crystallisation kinetics of ceramics. He continued this research when he was awarded an International Fellowship by the National Science and Engineering Research Council of Canada in 1990 to work at The University of Western Ontario where he performed the first dynamic annealing studies of crystallisation of amorphous and gamma Al2O3 layers using the reflectivity technique. He has made several key contributions to research into dopant and impurity effects in the solid-state amorphous to crystalline transformation of silicon termed solid-phase epitaxy (SPE). In particular he has studied the effects of hydrogen on the process and has contributed to development of an advanced model of the crystallisation process. He is currently studying the interaction between hydrogen and dopant atoms during SPE. He has set up a deep level transient spectroscopy laboratory at The University of Melbourne and has contributed to the understanding of the effect of ion channelling on the defects formed in silicon during ion implantation. He has also examined the effect of ion implantation and rapid thermal annealing on the density of charge traps at the interface between a high-quality thermal SiO2 layer and the silicon substrate and has contributed to the development of processing techniques which yield very low trap densities suitable for solid-state quantum computer development. 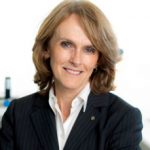 While working at CSIRO, Dr Foley made significant contributions to the development of a patented high temperature superconducting Josephson junction, a nanosized structure that is the critical component of the most sensitive detector of magnetic fields. She and her team have used these junctions in devices used for measuring magnetic fields, terahertz imaging (like superman vision), array antennas and high frequency communications receivers. Dr Foley and her team’s most successful application is the LANDTEM™ sensor system used to locate valuable deposits of minerals deep underground, such as nickel sulphide, silver and gold. This has led to mineral discoveries worth more than $6 billion.

Dr Foley is an inspiration to women in STEM across the globe and is committed to tackling gender equality and diversity in the science sector. Throughout her career she has strived to create an environment that embraces the full human potential of both men and women for wellbeing and economic benefit and for equality. 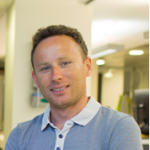 Professor Igor Aharonovich received his PhD in 2010 from the University of Melbourne and spent two years in Harvard as a postdoctoral researcher in the group of Prof Evelyn Hu. In 2013 Igor returned to Australia and joined the University of Technology Sydney (UTS). Igor is an associated director of the Institute of Biomedical Materials and Devices and leader of the Nanophotonics laboratory.
Igor’s group is focusing on exploring single emitters in wide band gap semiconductors, such as diamond or gallium nitride and in emerging 2D systems such as hexagonal boron nitride. His group is also interested in innovative approaches for nanofabrication of nanophotonics devices for low threshold lasing and an on-chip integrated quantum nanophotonics.
Igor is a recipient of the IEEE Young Investigator Award (2016, honors an individual who has made outstanding technical contributions to photonics prior to 35th birthday), the 2017 IUPAP Young Scientist Award (Commission on Laser Physics and Photonics) and the 2017 Pawsey medal from the Australian Academy of Science. 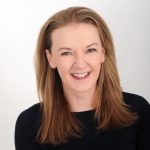 Alison Taylor is Chief Operating Officer at CQC²T.  Alison is experienced in higher education and international education administration, working at UTS, UNSW and as Executive Director of Macquarie International at Macquarie University. Following this, Alison managed commercial portfolios at TAFE NSW and led transformation projects at the NSW Department of Education, later working in the private education sector as Executive General Manager of the University Pathways ANZ Division at Navitas.  Alison is a graduate of the Bachelor of Business at the University of Newcastle, the Bachelor of Arts at Macquarie University and the Master of Commerce at UNSW.  Alison has completed executive education at The Wharton School, University of Pennsylvania and is a graduate of the Australian Institute of Company Directors (GAICD). 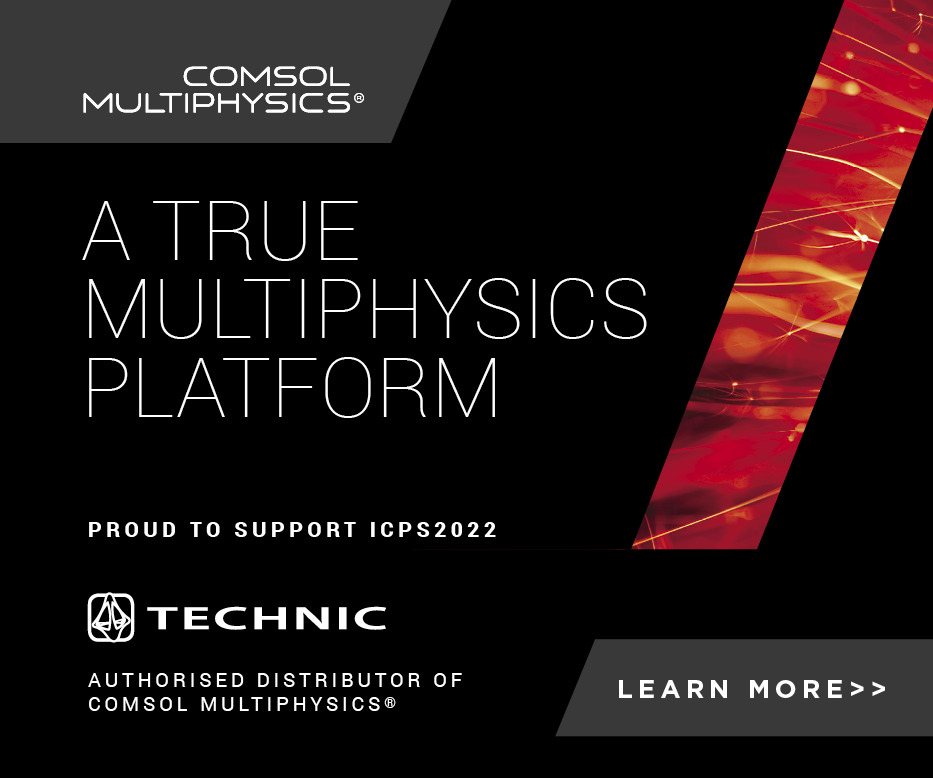