A closer look at the unique program elements at ICPS 2022!

Diversity has many dimensions, including professional experience, cultural background, disability, gender and sexual orientation. This session addresses the lack of these forms of diversity across our research and discipline. Some of the issues that will be raised include:

The session will include a brief presentation and Q&A by:

We will have a panel of scientific editors from prime international journals that will share their experience on handling manuscripts and provide tips on how to make your manuscript published. The session will include a brief introduction by the editors, followed by a Q&A session.

ICPS has brought together the collective resources of universities, industrial partners and core facilities with the aim of delivering a highly engaging outreach program as part of the conference. This program will provide a unique learning experience on what a future in science can offer for secondary students.

This is a once in a generation opportunity for students to interact with frontline practice leaders, including Nobel Laureate, Klaus von Klitzing, in an intimate and streamlined environment. The session will be chaired by Professor Michelle Simmons, AO Director of the Australian Research Council Centre of Excellence for Quantum Computation and Communication Technology (CQC2T), Founder and CEO, Silicon Quantum Computing and 2018 Australian of the Year.

Professor Michelle Simmons, AO  is the founder of Silicon Quantum Computing and Director of the Australian Research Council Centre of Excellence for Quantum Computation and Communication Technology in Sydney. She is internationally renowned for creating the field of atomic electronic and for pioneering new technologies to build computing devices in silicon at the atomic scale. She has been recognised by the American Computer Museum as a pioneer in quantum computing, awarded the US Feynman Prize in Nanotechnology and was named the 2017 L’ORÉAL-UNESCO Asia-Pacific Laureate in the Physical Sciences. In 2018 Professor Simmons was admitted as a Fellow to the Royal Society of London and named Australian of the Year, one of the nation’s pre-eminent awards. She was the inaugural Editor-in-Chief of Nature Quantum Information, Chair of the American Physical Society Division of Quantum Information in 2021 and in 2022 she was awarded the Royal Society’s prestigious Bakerian Medal for seminal contributions to our understanding of nature at the atomic-scale.

Prof. Dr. Klaus von Klitzing was born in 1943 in Schroda. He received his PhD from the University of Würzburg in 1972. After research stays in England, USA and France he became in 1980 Professor at the Technical University in Munich and in 1980 director at the Max Planck Institute for Solid State Research in Stuttgart, Germany. He has been awarded the Nobel Prize in Physics in 1985 for the discovery of the Quantum Hall Effect. This quantum effect opened a new research field and initiated the introduction of a new international system of units based on constants of nature. He has published more than 500 papers in the field of semiconductor quantum structures and received a large number of national and international awards. He is a foreign member of the National Academy of Sciences of the United States of America, the Russian Academy of Sciences, the Royal Society of London, the Chinese Academy of Sciences and the Pontifical Academy of Sciences.

Dr Lara Gillan is an experimental physicist at the Australian National University, Canberra. Here she investigates crystals with the capacity to convert microwaves to optical light, which will allow us to connect quantum computers using fibre optics. Lara studied a Bachelor of Science (Advanced Science) at UNSW, continuing into PhD research investigating the physics of novel semiconductor materials for use in solar panels and lighting, in the ARC Centre of Excellence in Exciton Science. Through both research areas, she has gained an appreciation for how fundamental quantum mechanics can be employed in the technologies of the future. “ 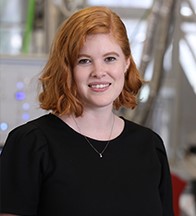 Dr Karina Hudson is an experimental physicist working on quantum electronics at UNSW Sydney. Karina did not enter university with the goal of becoming a scientist (or anything else really at that point) and says she dabbled a bit aimlessly in engineering, solar cars and ski instructing for a few years before discovering that experimental physics was a field that she has natural aptitude for and it offered unsupervised access to a lot of liquid nitrogen. After finishing her PhD in 2018, Karina became a Research Fellow, and is currently work on understanding the magnetic properties of a particular type of electronic device called a quantum wire, which is an electrical wire narrow enough to carry electrons in single file. Understanding how quantum wires work is important for one day building a specific type of quantum computer called a topological quantum computer. 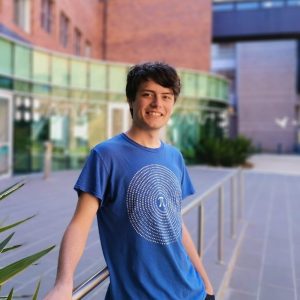 Ian Thorvaldson is a first year PhD student studying at UNSW, working on the simulation of experimental quantum devices to assist the experiments currently being done by Prof. Michelle Simmons’ group. Ian previously studied a combined degree of computer science and physics at UNSW, culminating in an Honours year. During his undergraduate degree, Ian worked with several research groups at UNSW, providing a taste of how both experimental and theoretical research in solid state physics, especially semiconductors, functioned. His experience working with these groups has excited him enough to pursue a research career in solid state physics. Quantum computing is of particular interest to Ian, as it involves computational and physical research, allowing him to combine his love of both fields. Ian believes quantum computing also has a very practical end goal with real-world applications, making it a very motivating area to be working in – especially now, with all the progress that has been made towards it in recent years.

The Conference starts with an Acknowledgement of Country by the KARI Singers and a welcome address by Dr Cathy Foley, Australia’s Chief Scientist. This is followed by the ICPS Symposium which includes presentations and Q&A with:

Enjoy an evening of light refreshments and beverages with opportunity to network, interact with authors, browse the poster presentations and exhibition.

The sessions will feature hardcopy posters and digital posters for viewing as well as mini oral presentations comprising of 5 minute pitches summarising the digital poster.